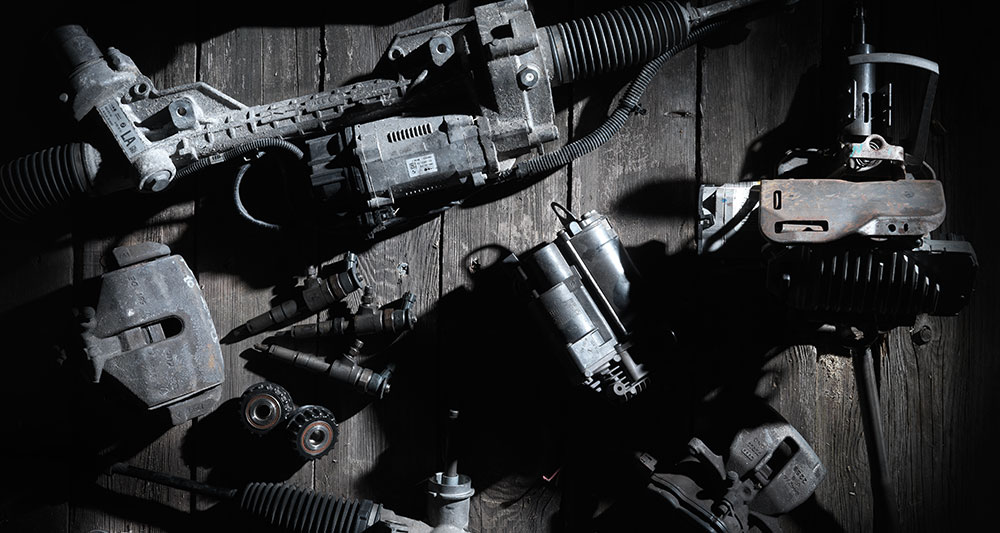 we buy,
recover
and discover

Ask for the best quote for your spare parts on sale or for information should you wish to buy used spare parts for your business.

From the experience of Gobbi Spare Parts comes AG Cores

The world is changing, and with it the needs of a market that needs to be valued and followed with extreme care: to better manage the dense network of customers and to streamline all processes, from evaluation to supply to the collection itself, Gobbi Spare Parts invests in a new, smarter identity that is strongly specialized in the recovery of auto parts.

During the 2000s, Gobbi Sandro & C. began to market catalytic converters, de facto opening a new business unit dedicated to a new customer segment. The internationalisation process became a daily reality which was well embedded in the corporate ecosystem: in 2007, Gobbi Sandro & C. became Gobbi Spare Parts Spa, taking on the identity of a group, which all the different business areas began to refer to: Gobbi Core Dealer and Gobbi Catalysts were therefore born.

To date, Gobbi Spare Parts Spa has grown and now occupies 6,300 square metres indoors and 10,000 square metres outdoors, boasting a worldwide network of buyers and collaborators. Last year it decided to enter the world of Digital Transformation, evolving the sector through the most modern computer technologies.

In 1992 the company took the name of Gobbi Sandro & C., becoming the number one company in the collection of axle shafts, which then underwent an innovative internal processing method before being resold. Industry knowledge, across-the-board vision of market dynamics and automotive technological developments led to expanding the offer, to the reputation of the name and of the corporate credibility, and to a first attempt at internationalisation.

Gobbi Sandro & C. had become an industry benchmark, continuing to strengthen its infrastructures, contacts and qualified staff. Sandro’s son, Andrea, also began to actively collaborate in 1996, devoting himself to research and innovation.

In 1965, Nello Gobbi transported differential gears from Rome to northern Italy. This “market” was a new idea that Nello and other industry pioneers were defining, having realised the potential of the sale of spare parts.

Management was based on the carrying capacity of the vehicles, which had to meet the growing demand occurring in the workshops: there was no need to store products during those years, one simply increased the trips thanks to agreements between the parties of the sale.

In the mid 70’s, Nello’s son, Sandro, began to work with his father, taking the initial idea to a further stage; the purchase of a forklift, of transport containers, the acquisition and management of other articles were the first traces of an actual structure which would soon be born.

We would like your consent to use cookies within your browser to give you a better experience on the site.

Among the information we collect are your IP address and your browser behavior. For more information please see our Privacy Policy. To change your preferences or refuse all cookies, except for functionality cookies and those strictly necessary for the use of the site, click on "Change my preferences".

This website uses cookies to improve your experience while browsing the site. Of these, cookies classified as necessary are stored in your browser as they are essential for the basic functionality of the website to work. We also use third party cookies to help us analyse and understand how you use this website. These cookies will only be stored in your browser with your consent. You also have the option to disable these cookies. However, disabling some of these cookies may affect your browsing experience.
Necessary Always Enabled
Necessary cookies are absolutely essential for the website to function properly. These cookies ensure basic functionalities and security features of the website, anonymously.
Functional
Functional cookies help to perform certain functionalities like sharing the content of the website on social media platforms, collect feedbacks, and other third-party features.
Performance
Performance cookies are used to understand and analyze the key performance indexes of the website which helps in delivering a better user experience for the visitors.
Analytics
Analytical cookies are used to understand how visitors interact with the website. These cookies help provide information on metrics the number of visitors, bounce rate, traffic source, etc.
Advertisement
Advertisement cookies are used to provide visitors with relevant ads and marketing campaigns. These cookies track visitors across websites and collect information to provide customized ads.
Others
Other uncategorized cookies are those that are being analyzed and have not been classified into a category as yet.
SAVE & ACCEPT
Powered by